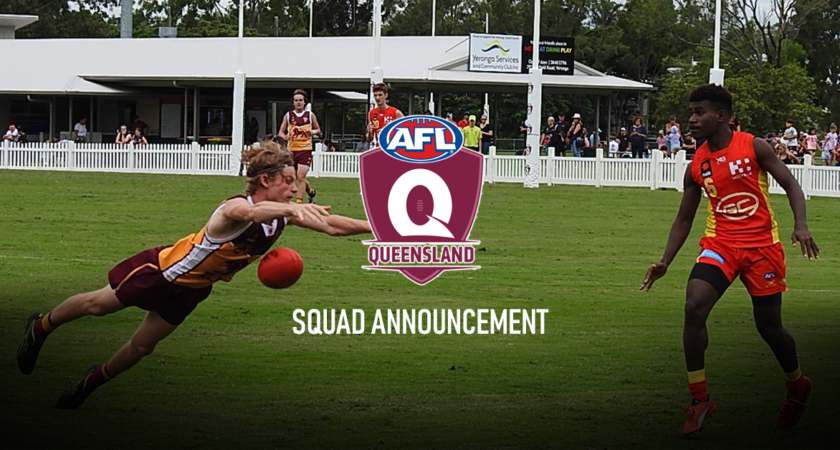 AFL Queensland is pleased to announce the Queensland Under 16 Representative team who will play in the NAB Under 16 National Championships.

The team will compete at the National Championships across June and July with games played across Queensland and New South Wales.

The 32-player squad was selected via a new Under 16 talent pathway this year following changes to the program in late 2018.

The changes were introduced in an effort to streamline the training and coaching program to better ensure Under 16 Males across the state are afforded the best development at all levels.

The four-phase pathway culminate in a mini series between the Gold Coast and Brisbane Academies over the past several of weeks which formed the basis of the state selection process.

“The players who were selected into the squad all look very promising and we are very excited to see how the season unfolds,” Browning said.

“The new talent pathway is different from previous years, but it has given us more time to assess each player.

“And of course, the boys have ample time to showcase their talents on and off the field.”

AFL Queensland would like to thank the Academies and regional Hubs for their efforts and dedication throughout this selection process.

Queensland will commence their NAB Under 16 National Championship bid on June 23 when they take on the NSW/ACT squad at Blacktown International Sport Park.

The full list of players selected for the squad are outlined below.

Selected players in the squad are required to fill out this link before training tomorrow night at Leyshon Park, Yeronga, at 5.00pm.