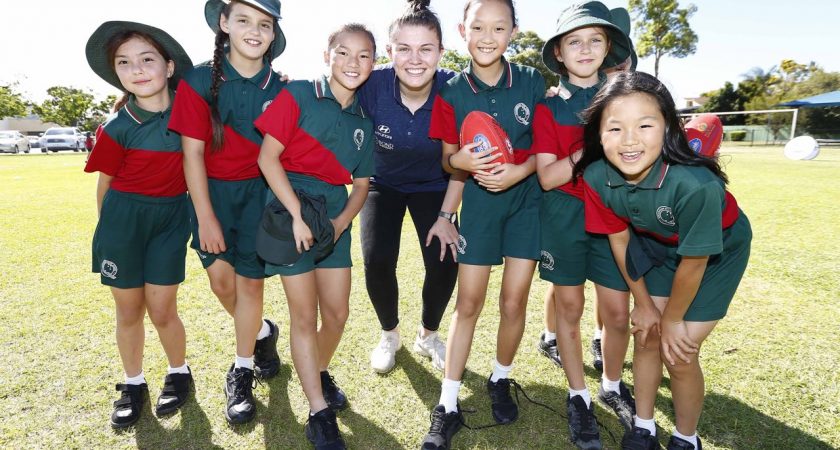 Australian Football participation in Queensland and the Northern Rivers (NSW) has topped 250,000 for the first time, census figures released today by the AFL confirm.

“Clubs are the key to connecting our game to local communities and to experience over six per cent growth across all age-groups is a great result for our leagues, clubs and volunteers,” said Mr Warren.

“Helping community clubs attract boys and girls to our game has been a priority for our staff in 2017, so to see take-up of our Roy’s Junior Football and Superstars Football our Under 6 Bridge Program increase by 57 per cent is phenomenal.”

Female participation also contributed to Queensland’s strong showing in 2017, with 100,00 women and girls engaging in programs and competitions and 70 new female teams formed.

“The introduction of the NAB AFL Women’s competition and success of the inaugural Brisbane Lions AFLW team is inspiring a new generation of girls and women who can now aspire to play at the highest level,” said Mr Warren.

Other highlights from today’s release include the growth of the state-wide AFL Queensland Schools Cup, now in its second year.

“Team registration went from 419 to 521, this year which is a real testament to the quality of the competition and the interest from the schools,” Mr Warren said.

There were also increases in NAB AFL Auskick and AFL9s, as well as growth in umpiring and coaching numbers.

“AFL Queensland is extremely grateful to our entire football community for helping us achieve such extraordinary results,” said Mr Warren.