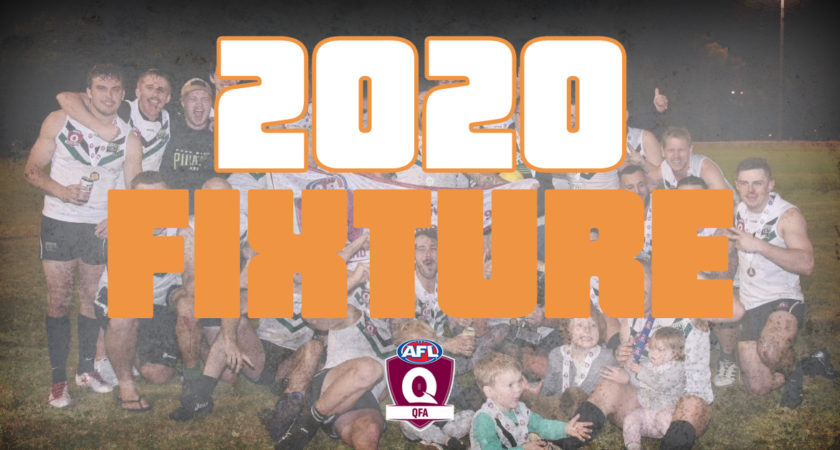 Throughout the 2019 season, a review of all QFA competitions was undertaken and resulted in the establishment of Division 2 North and Division 2 South competitions.

The new structure focused on reducing the impacts of travel for those QFA teams not competing at QFA Division 1 or QAFL level.

The new 12 team Division 2 North competition will contest an 18-round season and a four-week finals series, culminating in the Grand Final to be played on August 29.

The Division 2 North fixtures features a host of teams from the disbanded QFA Division 2 and 3 competitions, including 2019 premiers Moreton Bay (Division 3) and Park Ridge (Division 4).

“Based on the form of the competing teams last year and some of the recruiting that has occurred in the off season, we expect an extremely tight competition this year.

“Hopefully we still have teams battling it out for a finals berth in round 18”, Mr Harding added

ANZAC Round (Round 6) and Sir Doug Nicholls Round (Round 10) will once again be prominent marquee rounds within the fixture, while the competition will also celebrate LGBTIQ+ inclusivity in Round 14 as one of many competitions across Queensland set to take part Pride Round.

Other key notes of the fixture including three competition-wide bye rounds littered throughout the season.