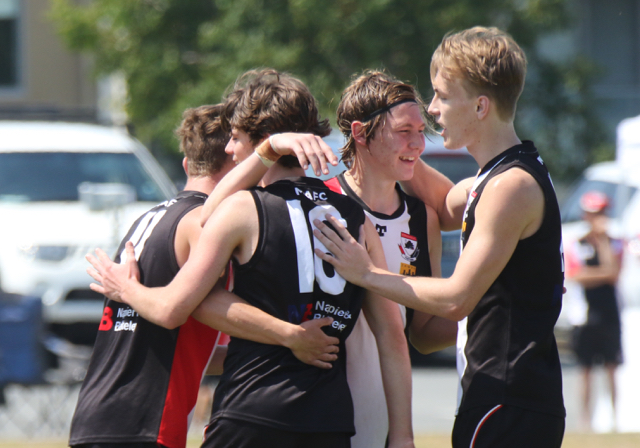 AFL Queensland is pleased to announce the finalised structure and fixtures for the Under 18 Colts competition ahead of the 2018 season.

The updated structure includes six new teams who will participate in the Colts format in 2018; increasing the total number of clubs involved to 24 – four more than last year.

Narangba is the most notable new entrant as they make their first foray into senior football in 2018, 15 years after the club first had a team wear the red, yellow and blue.

Alexandra Hills and Burleigh, both who didn’t field teams in 2017, along with Beenleigh, Coomera and Wests Juniors will also field sides for the first time in several years.

The structure aims to align teams with their existing senior competitions, with the 24 teams clustered into three separate competitions.

The alignment aims to assist in the transition of players from the youth ranks to senior football.

As a result, most matches in the fixture will commence at 9:30am; prior to club’s respective senior fixtures.

Reigning QAFL Colts Premiers, Morningside, will begin their defence with an away fixture against Broadbeach and will have to wait until Round 10 for their Grand Final rematch with the Western Magpies.

Fellow 2017 premiers, Maroochydore will host their QFA Colts Grand Final rematch against Aspley in Round 7 in a massive day of football that includes the Brisbane Lions v Aspley Hornets NEAFL match.

All 3 competitions feature a 19-round home and away season, before a finals series at the conclusion of each fixture. Grand Finals will be held on September 15 (QFA Colts Maroon), September 16 (QFA Colts White) and September 22/23 (QAFL Colts) adding to the theatre of existing Grand Final days.

Across all three Colts divisions, traditional season highlights will again take place, with ANZAC Round falling in Round 1; April 20-21, Umpire Appreciation Round in Round 3; May 5-6 and Indigenous Round in Round 7; June 2.