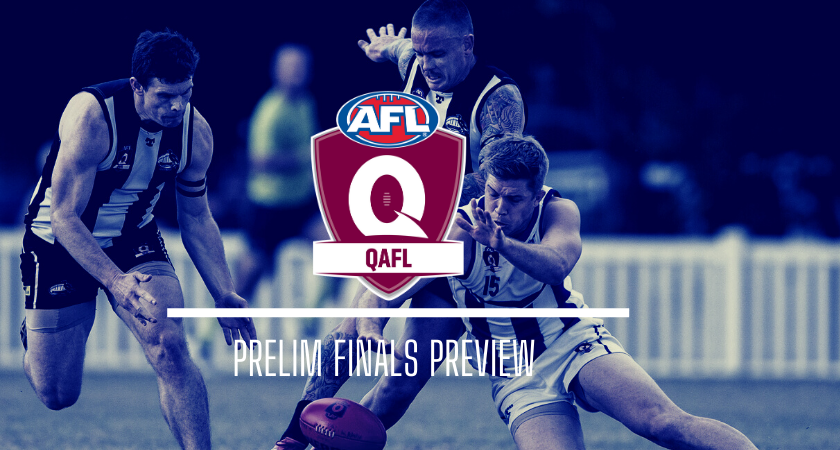 Panthers leaving it late to make a call on Payne

MORNINGSIDE will be leaving it until just before match time to make a decision on the fitness of their star midfielder Matt Payne for the Preliminary Final clash with Palm Beach Currumbin on Saturday.
Already without another midfield spark Jack Rolls, the Panthers are keeping their fingers crossed that Payne can make it out on to Jack Esplen Oval for the big clash against the Lions on Saturday.
Coach Clint Watts said Payne, who came off early in the club’s last match against Broadbeach with hamstring issues, said the dual Grogan Medallist will be given every chance to play.
Watts said Rolls, also with hamstring issues, is likely to miss the remainder of the season.
The Panthers have made two changes to their side that was trounced by Broadbeach last-up.
They bring in ruckman Peter Mollison and utility Tom Jeffrey, moves which add height to the Panthers.
Opponents PBC have brought back big teenage defender Jack Johnston and speedy winger Curtis Marsden after their big win over Mt Gravatt in an elimination final last weekend.
That was an impressive performance, one that Watts watched live and commented that the Lions looked to have regained their form.
“Yes, they were impressive once they got going and opened things up,” said Watts.
Asked if he expected a far better showing from the club that is going for five straight grand finals, Watts replied: “Absolutely. As Jess (coach Jess Sinclair) said, they’ve changed their avenues to goal.”
Those avenues included moving Nick Crowley to the forwards and having Max Spencer also stationed in the attacking zones.
Sinclair said a fair bit has been said about the club’s last visit to Esplen Oval when the Panthers mauled the Lions by 52 points.
Sinclair had to miss that game because he was living at Casuarina at the time and was unable to travel to Brisbane because of coronavirus restrictions.
This time, after living in Burleigh for a number of weeks, Sinclair can make the journey.
“I have made the players fully aware of how poor they were back then but it is going to be a different story this time,” forecast Sinclair.

IT is that time of the year that magpies get really cranky and bomb anything they perceive as a threat to them.
Which is why Broadbeach cannot take Sherwood lightly when the sides clash in a Preliminary Final at Subaru Oval on the Gold Coast on Saturday.
Broadbeach may be unbeaten this season and will start warm favourites to make only the club’s fifth grand final in its 49-year history.
But the Magpies come to town primed for an upset and, as coach Anthony McDonald said, they have absolutely nothing to lose at a venue they won the 2008 AFLQ Division 1 title when they beat Palm Beach Currumbin in the decider.
Ironically back then the Lions were coached by Craig O’Brien, who now heads the Cats’ chase for only a third premiership flag for the blue and white hoops.
McDonald said he breathed a sigh of relief last weekend when the Magpies came from behind to beat Maroochydore in an eliminator.
“Yes, there was some relief, but there was also the satisfaction that the boys were able to come back the way they did,” he said.
And McDonald believes that Sherwood is a much better side now than when Broadbeach beat them by 37 points at McCarthy Homes Oval in the fourth round.
“I reckon we’re a completely different unit now because back then the boys were still learning about each other. We have much more belief in the group now.
“We know the reality is that if we have to go further this year we have to beat them, and on their home deck.”
Cats boss O’Brien took notice of Sherwood’s ability to kick quick goals, as they did when they overran Maroochydore.
At team selection time, Broadbeach and Sherwood both made just the one change.
The unbeaten Cats brought back speedy Kai Sheers to replace Benji Neal while the Magpies lost Caleb Franks to a broken nose and replaced him with Riley Greene.
O’Brien expects danger from key Magpie forwards Liam Dawson and Brodie Lumber but the Magpies can also expect Jordan Moncrieff and Clay Cameron to be just as big threats to them.

With 2020 marking 50 years of Football on the Downs, we look back at the past decade of Senior Football and the dominant teams and individuals of the Senior... [more]

Two significant contemporary Indigenous art murals were unveiled today that were painted as a lasting reminder and legacy of Brisbane hosting the 2020 Toyota... [more]