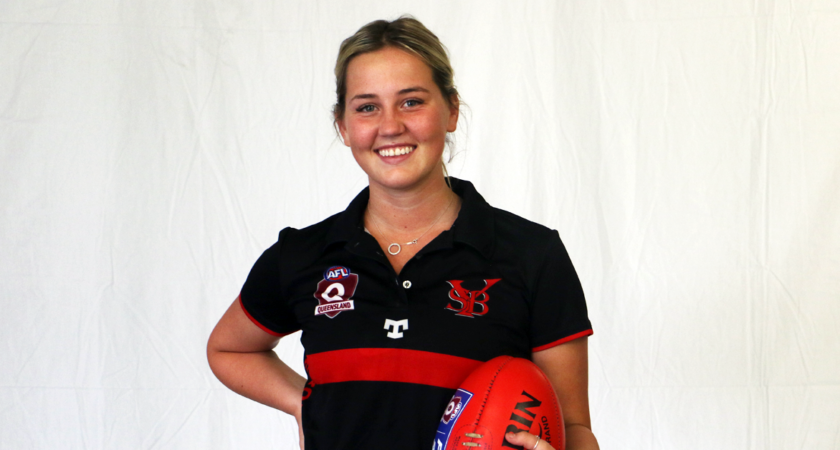 After sustaining a shoulder injury during a training drill, Dee Heslop saw her draft hopes come crashing down.

But the Yeronga South Brisbane midfielder is determined to come back fitter than ever and describes the injury as a blessing in disguise.

While the injury and subsequent surgery she underwent following the 2019 season has meant she is sidelined throughout the preseason, it has also helped her improve her off-field demeaner.

“I said to mum and dad, everything happens for a reason,” Heslop told aflq.com.au.

“My fitness side is my weakness and I think this injury has now made me put that focus on the details and will make me stronger and fitter, and I’ll learn a lot about myself as well.”

Heslop won’t let this set-back keep her dreams of playing in the AFLW dwindle.

To ensure she’s in the best possible position for the NAB AFL Women’s Draft on October 22, she’s been putting in the hard yards on the road back from recovery.

“At the moment I’m only allowed to do a bit of running but I’m making sure I’m doing that every day and doing my rehab every day,” Heslop said.

“Just eating clean I guess and really just waiting until I can get back into things again.”

Coming back from an injury is not only tough physically, it’s also a mental game.

Heslop was one of six Queenslanders to be invited to the NAB AFLW Draft Combine in Melbourne a fortnight ago but was sidelined courtesy of her shoulder.

“It was a bit challenging seeing everyone do all the training, get really fit and obviously I had to sit there and watch,” she said.

Despite her stint on the sidelines, her positive disposition and unwavering determination has helped the process to stepping back onto the field.

“It is hard some days, but most days you’re driven I guess cause the draft is in a week and it’s so scary but at the same time now is when you have to get everything together,” Heslop said.

The young New Zealander grew up holidaying on the glitter strip, before her family decided the holiday should never end and relocated to the Gold Coast in 2012.

Heslop remains loyal to her beachside club, the SUNS now in its inaugural AFLW year, who is responsible for showing her the way in footy.

When she entered the SUNS Academy four years ago, the women’s teams still had a couple of creases which needed ironing out.

Since then, Heslop has witnessed not only the growth of women’s footy but the expansion of the club and sees the potential of the Gold Coast side.

“I remember when I first started there was about 20 of us playing a few games,” Heslop said.

“Now it’s starting to match with the boys and with  more staff and coaches on hand, going from only having two coaches to having all your midfield and backs.

“They’re looking into having bigger and better things just like the boys, so hopefully in a few years it can be a full-time job.

The club’s evolution is one reason she wants to stick around while the senior role models is another.

“I’ve got some friends at the club, but if I were to go there I [would] probably look up to Jamie Stanton the most,” she said.

Stanton, an inside midfielder with SUNS gives Heslop some insight into what it takes to transform her ability to the professional level.

“You see how far she’s come and how hard she works.”

The future for this AFLW hopeful looks bright as she is on the cusp of fulfilling a footy dream, but for now it’s a matter of getting through the next week.

“I just see each year as it comes, hopefully I get drafted then I’ll see where that takes me.”