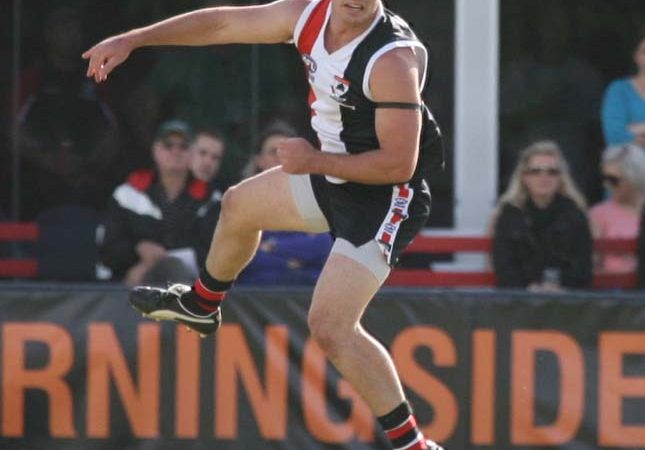 A powerful second half charge led by their numerous State squad representatives helped Morningside prevent a repeat of their Round 4 loss to Aspley today.

A powerful second half charge led by their numerous State squad representatives helped Morningside prevent a repeat of their Round 4 loss to Aspley today.

The Hornets were ultra competitive in the first half at Esplen Oval but as has become a regular feature of their season, they were blown away in the second hour.

Morningside put together back-to-back seven-goal quarters to win 20.14 (134) to 11.9 (75) and improve their season record to six wins from eight games.

The loss effectively ended any faint finals ambitions the Hornets might have harboured, leaving them to win an improbably eight of their last 10 matches to have a chance at squeezing into the top five.

Aspley’s pressure and tenacity was fierce in the first half, with Dan Roy, Bryce Carroll and the strong-marking Sean Tighe giving the Panthers plenty to think about.

While they trailed by just 13 points at the long break, the concern for the Hornets coaching staff would have been that they had still only managed four goals.

When Morningside upped the tempo in the second half, Aspley didn’t have any answers.

It was a welcome return to form by Mugavin, who had gone goalless in the previous two weeks.

Abey continued on with his fine form from his strong finish to the game at Labrador the previous week, proving a handful for a number of opponents and capping his game with some better finishing in front of goal.

With Austin Lucy his usual lively self, Morningside had plenty of options when they took the ball forward in the second half.

In contrast, Tighe looked the only tall threat for the visitors, who spread their 11 goals around 10 different goalkickers.

Damien Bonney, Tyson Upton and Paul Shelton took full control of the midfield after the long break, with Alastair Nash generating plenty of run and carry.

Sam Carpenter and Matt Davis tried hard to stem the tide, but the Panthers were in no mood to relinquish any more premiership points to the second bottom side.