Gorillas lock in former Footscray forward as QAFLW coach in 2020 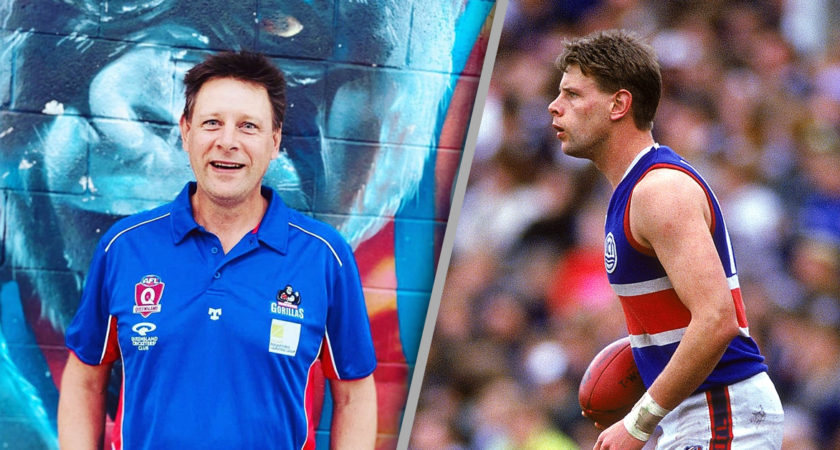 The second of the QAFLW coaching dominoes has fallen with Wilston Grange unveiling former Adelaide and Footscray forward Barry Standfield as their senior coach for the 2020 season.

Standfield will assume duties following the departure of Rod Podbury after one season at the helm, making him the Gorillas’ third coach in as many seasons.

Standfield joins the Gorillas ranks having already established a connection with the red, white and blue at Hickey Park where is son, Archie, in the junior ranks.

The former AFL goal sneak, who booted 61 goals in his 111 senior AFL games for the Bulldogs (98 games) and Crows (13 games) throughout the 1990s, said he can’t wait to coach the Gorillas in what is such a booming period for female football.

“I think for me the most exciting thing is that women’s football is growing at an enormous rate and the enthusiasm around women’s footy and the opportunities are there for them,” Stanfield told aflq.com.au.

“The opportunity to work with that group of girls and hopefully get them to improve and have some of them to potentially get into a position where they can get drafted. That’ll be a good thing to get involved with.

Standfield, who along with his decade long tenure at AFL level as a player, also has a ten-year resume as a coach in country Victoria, said he hopes his experience in top programs can benefit the team.

“I think when you spend ten plus years in a professional organisation you get a fair understanding of what is required from a mental point of view,” he said.

“I think that is something I can hopefully pass across to the girls.”

Wilston Grange club President Matt Trewhella was expectedly pleased by the appointment of Standfield, stating both his experience at the top level and established rapport at Hickey Park made him the standout candidate.

“We are excited to have a player and person of Barry’s calibre coaching our QAFLW team and leading our Women’s program,” Trewhella told aflq.com.au

“Barry has been a part of the system and played at Footscray and Adelaide during finals campaigns so that experience is invaluable.

“Barry has been around the club for a couple of years and indicated a desire to get involved now his time could permit what was required for the role.

“We are really excited at what he will bring to the fluid Women’s football space.”

The appointment of Standfield to the Gorillas’ coaching ranks signals the second of three new coaches to the QAFLW in season 2020 with both Coolangatta Tweed, who appointed former Carlton GM of Women’s Football, Nichole Graves, and Maroochydore, set to be steered by new faces in the coming season.

Standfield will be tasked with lifting Wilston Grange back into the finals bracket in 2020 after the Gorillas fell to seventh on the ladder following their breakthrough QAFLW premiership in 2018.