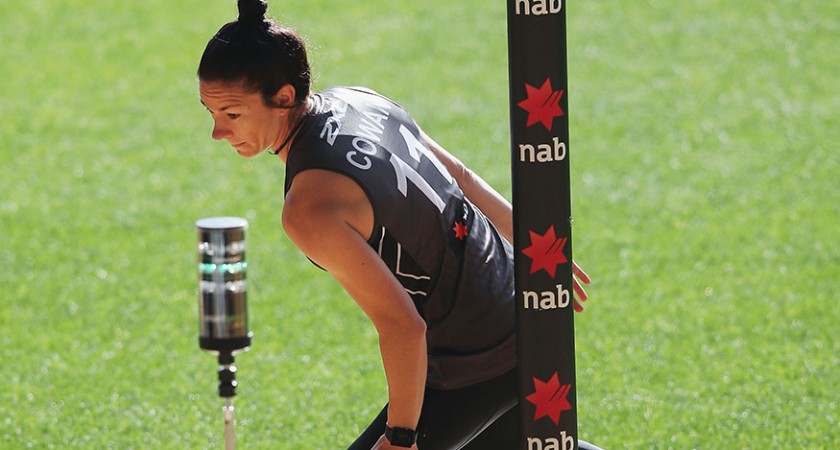 Seven Queenslanders were selected to take part in this year’s combine, in a big positive for Queensland football.

Players participated in six AFL related tests, in an effort to prove to potential clubs they have what it takes.

Tests included a 20-metre sprint and a 2km timed run, as well as a running vertical jump and standing vertical jump test. There was also an agility test, which involved them running in and out of obstacles over about 40 metres.

Then, for the first time, instead of the beep test players participated in the Yo-Yo test. The test involves players running between cones that are 20 metres apart, with a 10-second jog recovery period between the sprints.

Renee Cowan from Yeronga South Brisbane was a standout performer. In an impressive performance over the two days, Cowan managed to finish in the top 10 in all but one test.

She finished the 20 metre-sprint in an impressive time of 3.30 seconds, placing her in equal second place overall, then finished 3rd overall in the vertical jump test.

Cowan also placed 9th in both the running vertical jump and yo-yo tests, displaying her diverse skill set and demonstrating she has potential in more than one area.

To round it off, she demonstrated that she is also quick on her toes, finishing in 5th place in the agility test with a time of 8.726 seconds.

It was fellow Queenslander Ruby Blair, however, who took honours as the most agile player to attend the combine.

The Coolangatta footballer proved she was a cut above the rest after finishing the test in 8.495 seconds, the fastest time for the day. As a first place finisher, she was also awarded $500 from NAB for her performance.

Blair performed strongly in the 20-metre sprint as well, finishing in ninth position overall with a time of 3.36 seconds.

Coolangatta’s Arianna Clarke and University of Queensland’s Gabby Collingwood both achieved their best results in the YoYo test. Clarke achieved a 15.2, while Collingwood finished with a 15.5 which placed her above half of the competition for that test.

Coolangatta’s promising prospect Kalinda Howarth attended the combine, however due to a quad strain she was unable to take part in the testing.

Former Queensland AFL (QAFL) grand final hero Ross Whyte had his last sporting wish granted today when he made one final visit to the hallowed turf at the... [more]