Brisbane and Gold Coast head south for a Winter Series 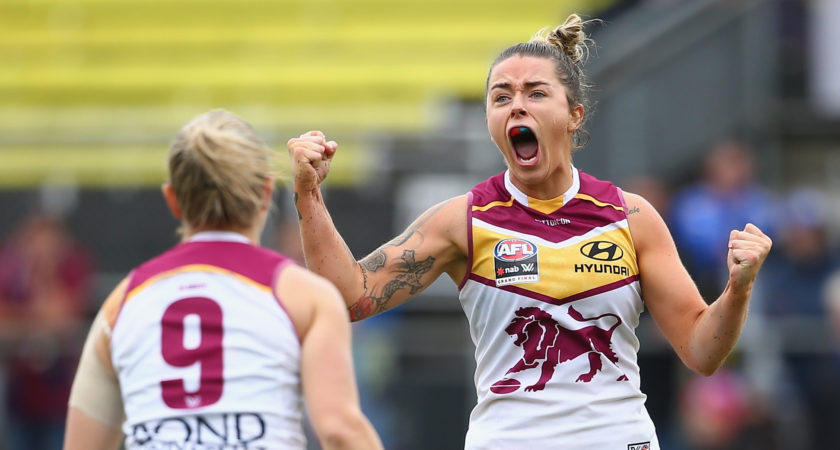 Both the Brisbane Lions and Gold Coast SUNS are set to field representative women’s sides in the inaugural AFL Women’s Winter Series in Sydney this weekend.

The two Queensland sides, along with two Greater Western Sydney GIANTS sides – Northern GIANTS and Southern GIANTS, will partake in a six-game round robin style competition across June and July.

With the SUNS set to enter the national AFL Women’s competition in 2020, the series aims to provide an opportunity to develop current and future AFLW footballers during the offseason, while also giving players in the SUNS academy the chance to play against and alongside established AFLW players.

Many of Brisbane’s AFL Women’s contingent will feature across the Winter Series, as well as several players from the Hyundai Help for Kids Lions Academy.

Several of the GIANTS’ AFL Women’s players will also suit up for either the Northern or Southern side, playing alongside trialling players from the various senior female competitions in New South Wales and Canberra.

The GWS GIANTS have announced both of their sides for the series, with AFLW stars Alicia Eva, Louise Stephenson and Erin McKinnon lining up for the Northern side, while Britt Tully and Jodie Hicks will form the core of the Southern side’s midfield. See the squad here.

Captain Emma Zielke and livewire Jess Wuetschner are among a number of Brisbane AFL Women’s players named in the Lions’ squad.

The Winter Series competition will take place over three weekends from June 9 – July 14 with games taking place in Sydney’s West, Brisbane and the Gold Coast.

“For the SUNS, the Winter Series is about getting their list ready for next year – giving an opportunity to the very best QWAFL players who aren’t AFLW listed players a chance at the level,” Starcevich told aflq.com.au.

“The priority for the Lions is keeping the list together and giving them meaningful match practice over the three-match series to keep the connection with the club between AFLW season.”

“The Winter Series is also designed to provide high level games for players in Queensland.”

“We believe the QWAFL is one of the best state league competition in Australia and both Brisbane and the Gold Coast are fortunate to be able to foster their talent through the competition.”