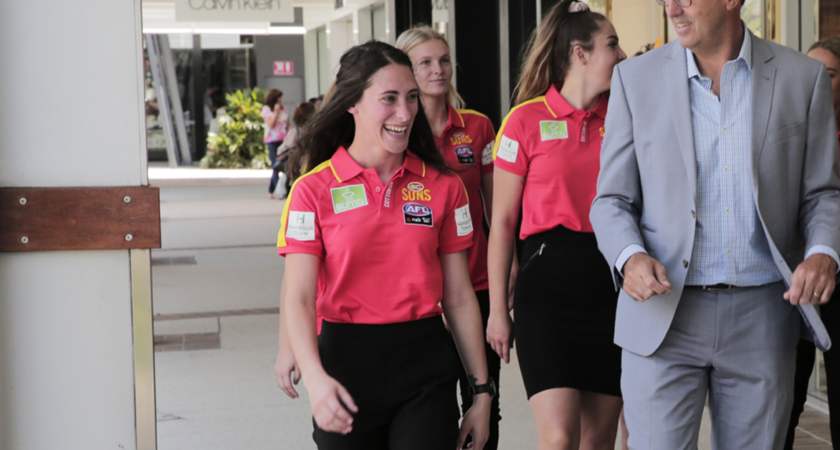 The Gold Coast SUNS may have unearthed a player made for the big moments as they embark on their first preseason ahead of the 2020 AFL Women’s campaign.

Cheyenne Hammond, the SUNS’ 57th selection in last month’s NAB AFLW Draft, has already shown a knack for standing tall when it counts; even before the boots have been laced up for the SUNS’ preseason.

In her first season at SANFLW level, the composed defender was name best on ground as her side, South Adelaide, won the premiership in a starring 22-possession performance.

“That was a massive surprise,” Hammond told aflq.com.au.

“It was a very tough game. Getting the win was amazing but then getting announced as best on ground was even better.”

That game was back in 2018 and Hammond has continued to go from strength to strength ever since, proving her worth as a dependable defender made for the big moments.

The 21-year-old now has two SANFLW premierships under her belt with South Adelaide and another big game performance under her belt – the latter of which caught the eye of Gold Coast coach David Lake and catapulted Hammond to the AFLW.

After another stellar season with the Panthers, Hammond was among crop of the best players in the SANFLW who were then chosen to play in exhibition women’s showdown games.

Hammond, who played for the Port Adelaide side against the Crows in the two-game series, caught the eye of Lake with a dashing run from the back half – a now trademark for the rebounding defender.

“I was playing off of that half-back flank and sort of decided to make sort of a nice run,” Hammond said.

“David was watching footage of the game and he saw me do it.

“He asked me if I wanted to come up and play a QW Winter Series game with the SUNS and the process sort of went from there.”

Hammond, one of eight players signed or drafted by Gold Coast from another state, made the trip to the glitter strip last Monday and has already established up a rapport with many of her new teammates.

The move though, while exciting, did prompt a few emotions for Hammond, who left her home, family and partner back in the city of churches.

“There were a few emotions. At first, I was super ecstatic and couldn’t wait to get up but then there were the emotions of leaving home and family for the first time,” she said.

“I’ve now got this opportunity and I just have to take it. I’m so lucky to have it and there was no doubt that I wasn’t hoping to get up.”