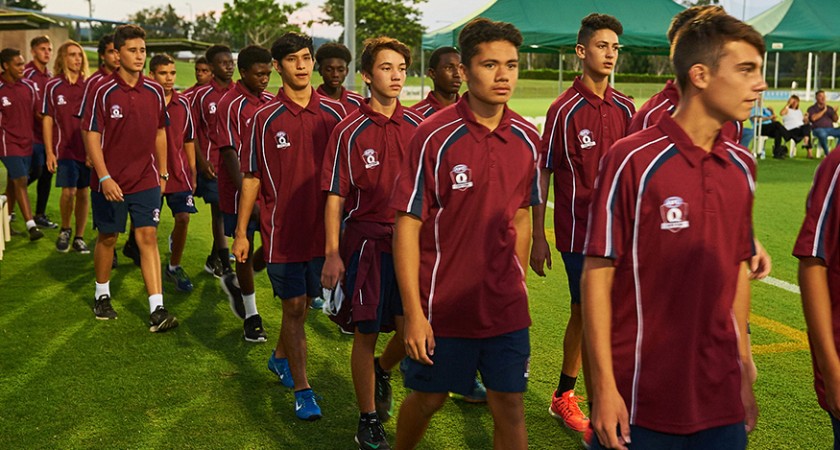 Eight Queenslanders have been named in the 2016 Boomerangs and World Team squads to compete at the 2016 NAB AFL Under-16 Championships on the Gold Coast in July.

Selected by AFL Club recruiters following the 2016 AFL National Diversity Championships held in Townsville, the respective squads of 30 young men has been chosen based on school attendance, leadership skills, and football ability.

The AFL Flying Boomerangs program is a personal development and leadership program for Aboriginal and Torres Strait Islander young men aged 14-16 years old, supported by Rio Tinto. Meanwhile the World Team is made up of the best upcoming AFL multicultural players from across the nation.

In a further nod to local talent, Queensland’s Peter Yagmoor (Boomerangs) and Anda Tyalana (World) will assist in coaching the national squads.

AFL General Manager Game and Market Development, Simon Lethlean, said the AFL Flying Boomerangs and World Team programs are a great opportunity for the best rising Indigenous and Multicultural talent in the nation to develop on and off the field.

“Those selected will be exposed to the best training, coaching and mentoring, as well as personal development opportunities during the NAB AFL Under-16 Championships in July.

“Over the past couple of years we have seen the Diversity Championships grow into a genuine elite talent pathway and we look forward to witnessing the next stage of development for these players, coaches, and umpires,” Mr Lethlean said.

Australia Post will once again support the World Team who will be coached by David Rodan (VIC). Patrick Karnezis (VIC), Anda Tyalana (QLD), and Tony Olango (NT) will be assistant coaches.

Women's Exhibiton Match: Beyond the Surface
QClash By The Numbers