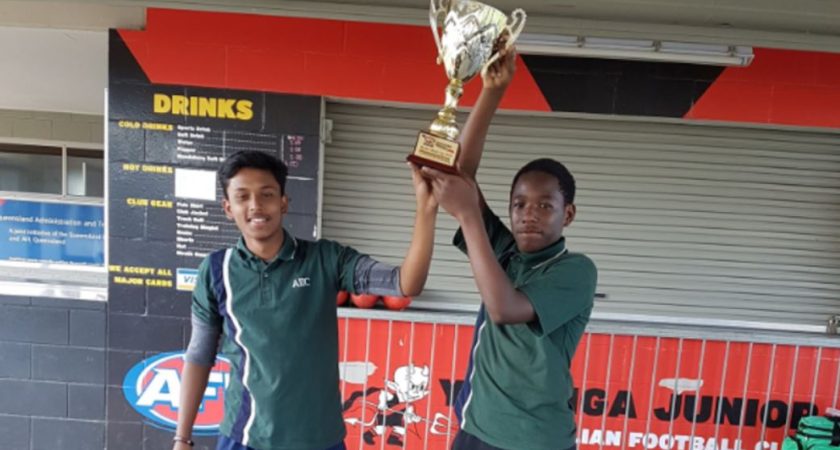 The competition was hosted by AFL Queensland at Leyshon Park, Yeronga, last Friday, August 10, with over 50 Islamic school students participating.

The Bachar Houli Cup has been pioneered by the AFL Multicultural Program and Richmond veteran, Bachar Houli and provides an inclusive environment for the Muslim community in the sport.

In 2018, three schools participated in the initiative which aims are helping players with an Islamic background transition into the mainstream pathway of club or representative football.

And after lifting the cup in 2017, it was AIIC Brisbane who again tasted success in the competition this year, claiming the victory after wins against both of the other two schools.

The best players from the competition will progress through the Bachar Houli Academy where they will have the opportunity to further their development in Australian Rules football.

The Academy is a week-long football talent program for aspiring Islamic AFL players and will be held in Melbourne throughout September.

AFL Queensland Diversity Coordinator – Talent, Peter Yagmoor, oversaw the Bachar Houli Cup again in 2018 and praised the manner of all three schools for their involvement.

“The Bachar Houli Cup was a big success again in 2018 and I would like to wish a big thankyou to all of the schools that were involved in 2018.”

“The initiative is an important fixture for the Islamic footballing community and we hope to continue the pathway over the coming years.”

“Lastly, I would like to extend my congratulations to AIIC Brisbane for their second consecutive win in the tournament.”