Despite varied public opinion, Queensland has been beacon of talent when it comes to the AFL Draft and over the past 19 years, plenty have come through the talent pathway to go on and forge hall of fame calibre careers at the top level.

Perhaps most notably, Nick Riewoldt, the first overall pick in the 2000 AFL Draft, David Hale a three-time premiership player having been taken with pick 6 in the 2001 super draft and Dayne Beams, who has emerged as one of the modern game’s bets midfielders, have all hailed from the Sunshine State.

All of those names though, were taken inside the draft’s first round and the timeless adage suggests there is plenty of value to be found later in the piece.

So, as we count down to the 2019 NAB AFL Draft which takes place this week, AFL Queensland takes a look at the top 20 best draft bargains this side of Y2K.

Stay tuned across the week as we find out the number of bargain in the century!

CHECK OUT NUMBERS 20 THROUGH TO 16 HERE!

Another current-day player, Alex Sexton has continued to improve in every season at the top level following his selection by the SUNS late in the 2011 draft. He made his debut in Round 8 of the 2012 season against the Western Bulldogs and continued to be a steady performer for the SUNS. His 2018 yielded a breakout campaign where Sexton emerged as a damaging presence inside 50, kicking 28 goals – a figure only bettered by his 38-goal campaign in 2019. 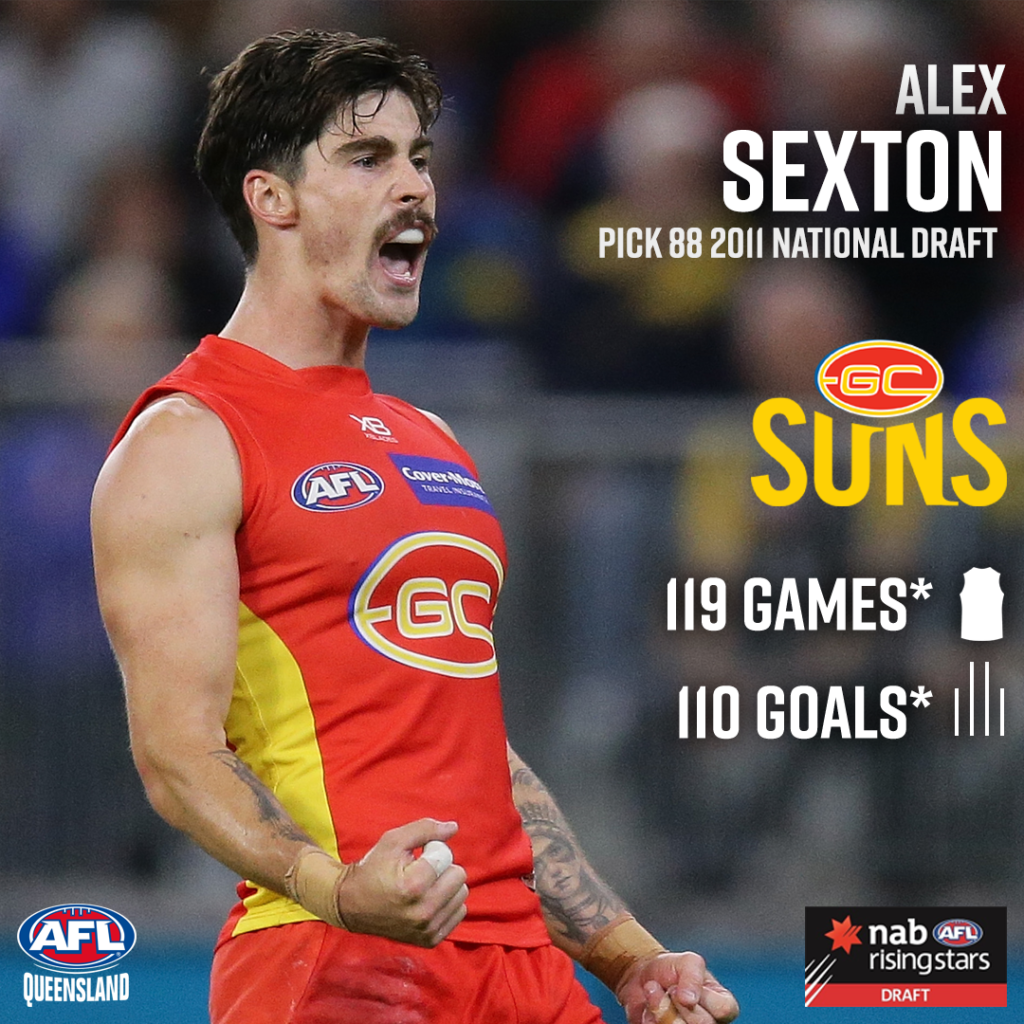 The Palm Beach Currumbin product made the most of a fruitful career across three different clubs despite being taken 76th in the 2003 draft. His first season saw him wither in the VFL for much of the year but was afforded his debut in the final round of the 2004 season. Raines became a persistent performer for the Tigers in both 2005 and 2006, where he played 22 games in both season and finished second in the bets and fairest in the latter year. He switched the Brisbane where he earned a reputation as one of the game’s best defensive midfielders and would often restrict the opposition’s best midfielders with damaging affect. He retired in2015 following six games with Gold Coast, bring his career games tally to 129.

Osborne was force to with a lot throughout his career with Hawthorn after initially being taken early in the 2001 rookie draft. The Gold Coast native made his debut in his first season but cut at the end of 2003 only to be re-drafted as a rookie that same year. He soon became a regular for the Hawks throughout the 2000s and won a premiership with the team in 2008. A classy half-forward, Osborne was a great user of the ball on either side of his body and despite injuries throughout his career, amassed 168 across his 12 years in the system. 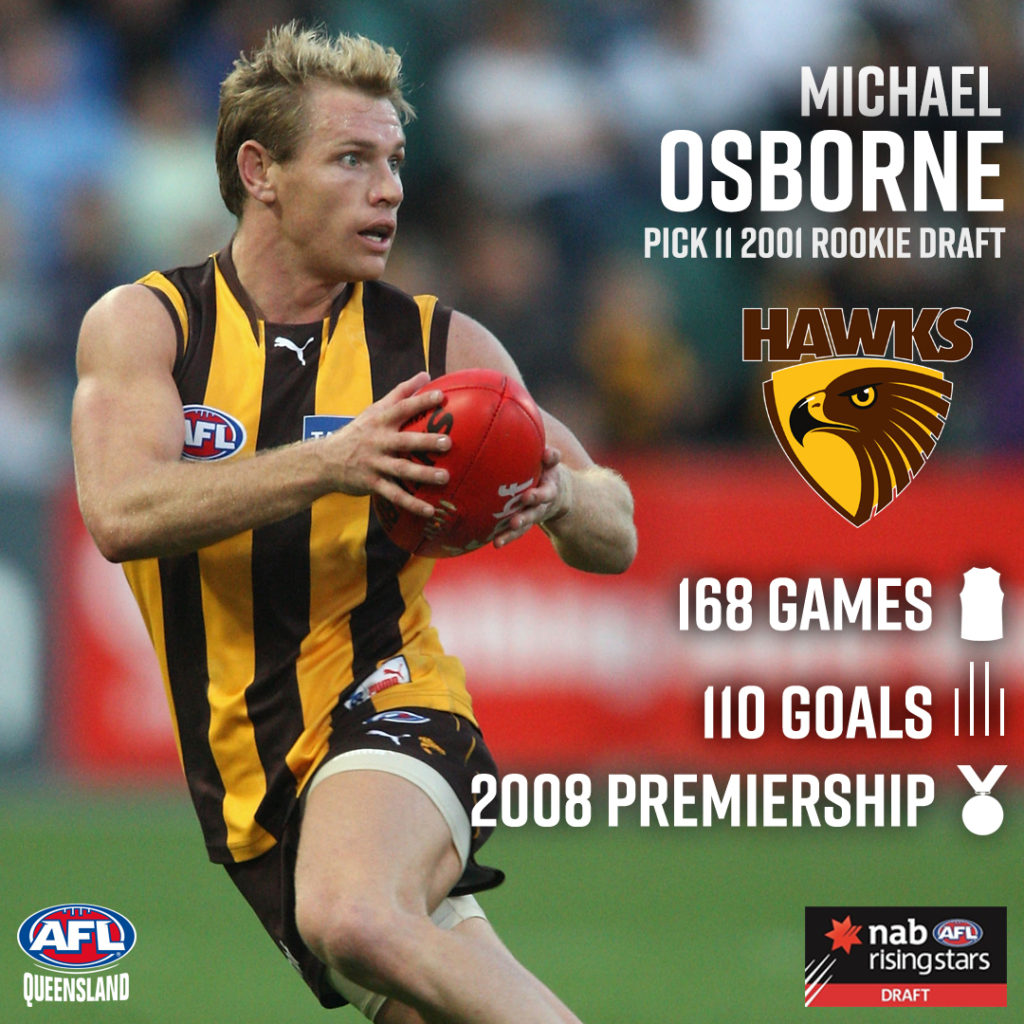 Miller made his way to the big time by way of Mt Gravatt where he was snapped up by Melbourne with the 55th pick in the 2001 draft. He spent his early career as a defender but soon found his niche as a forward. In 2008, the retirement of David Neitz and long-term injury of Russell Robertson – who had combined to be the Demons’ previous seven seasons paved the way for Miller to be the vocal point of their offense. Miller topped the team’s goal kicking in 2008. He was delisted by the Demons in 2010 only to be subsequently picked up by Richmond where he would add a further 24 games before retiring in 2012.

A slightly higher pick than most players on this list, Charman – the 29th pick in the 2000 National Draft, was a stalwart for the Lions throughout the mid-2000s. The Sandgate product became known for his physicality in the ruck and rose to prominence in 2002 where he played 20 games for the Lions. His best season would come one year later where Charman played 26 games and was apart of the Lions’ premiership team. Injuries restricted Charman throughout most of his career and retired in 2011 following persistent achilles injur   ies from back in 2009. 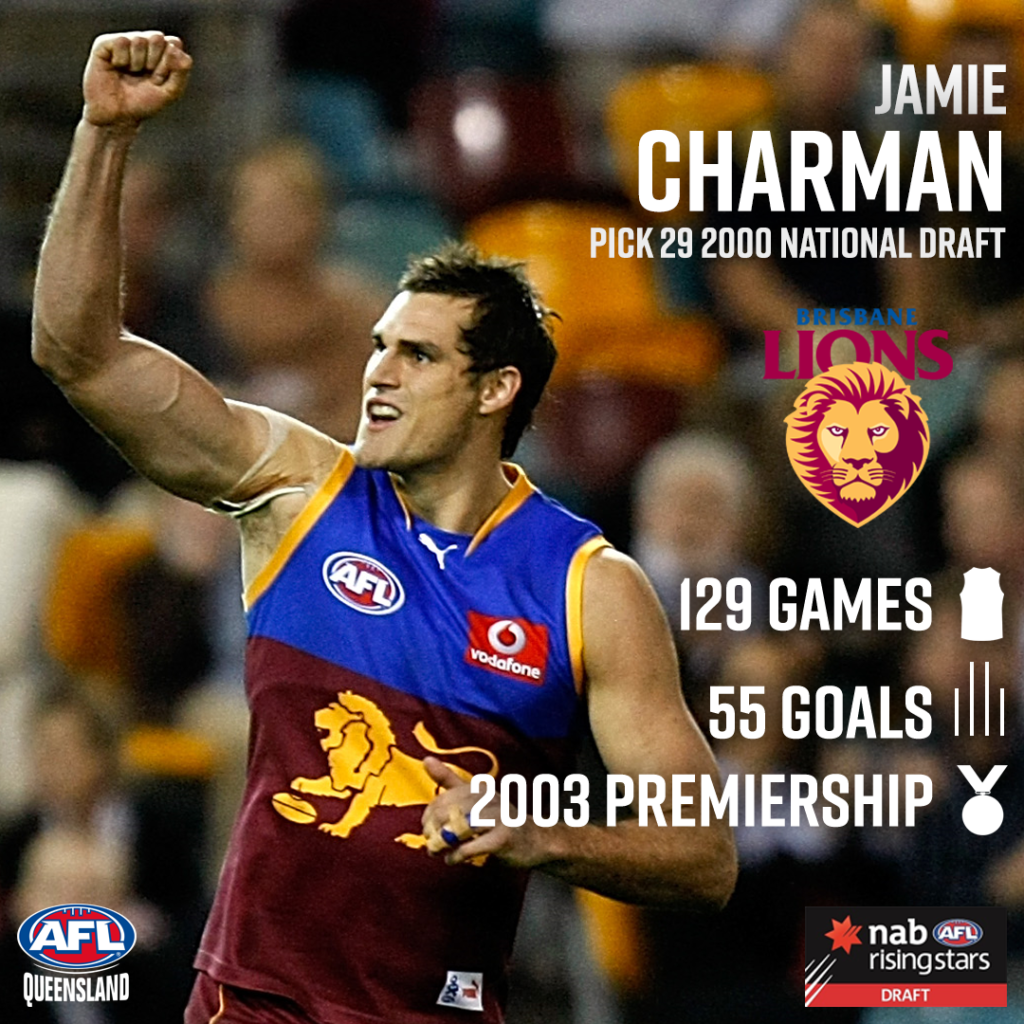