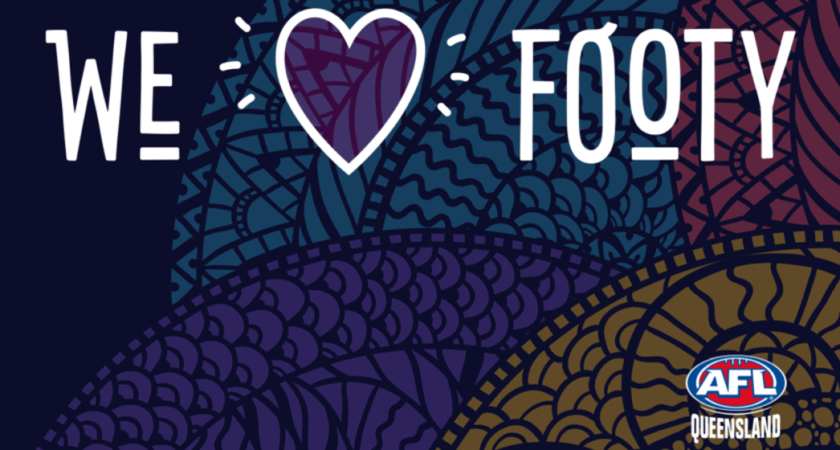 This Saturday, August 19, AFL Queensland has again been nominated for a prestigious award at the Queensland Government 2018 Queensland Multicultural Awards.

We are among four organisations in the running for the Multicultural Queensland Ambassador Award after being shortlisted as a finalist in late June.

In total, over 130 individuals and organisations were nominated for the 2018 awards, with the winners being announced at a gala awards lunch in Brisbane this Saturday.

AFL Queensland’s nomination in the awards came following the development and implementation of the Everyone Matters program.

The program, delivered in fourth grade school curriculum around the state, promotes multiculturalism and inclusive behaviour while using Australian Rules football as a vehicle of learning.

Prior to the program’s commencement, no other program within the Queensland education system achieved such inclusivity and valuing of diversity in the classroom.

The program took two years to design in conjunction with the AFL Queensland Schools Advisory Board, Queensland Department of Education and Training, several universities and teachers.

Since its inception, over 2500 school children in 100 classrooms around the state have participated in the program.

The well-resourced program is free for all Queensland schools and comprises lesson plans, activity resources and assessment tools.

The nomination comes following similar success a year ago as AFL Queensland claimed first place in the 2017 Queensland Multicultural Community Sector for the Diversity Employment Program.

AFL Queensland provided ten part-time positions to international students and those from refugee or migrant backgrounds within the Auskick program across Brisbane.

AFL Queensland State Development Manager, Mark Ensor, was pleased by the effect of the program in schools.

“As an organisation, we’re proud of the Everyone Matter’s program and the positive impact it has had in the wider community,” Ensor told aflq.com.au.

“We believe we can make a positive difference by providing an educational program that unites multiculturalism in Queensland.”

In 2018, the theme of the awards is, building a prosperous, fair and harmonious Queensland.

For more information on the Queensland Multicultural Awards, click here.

For more information about the AFL Queensland Everyone Matters program, click here.