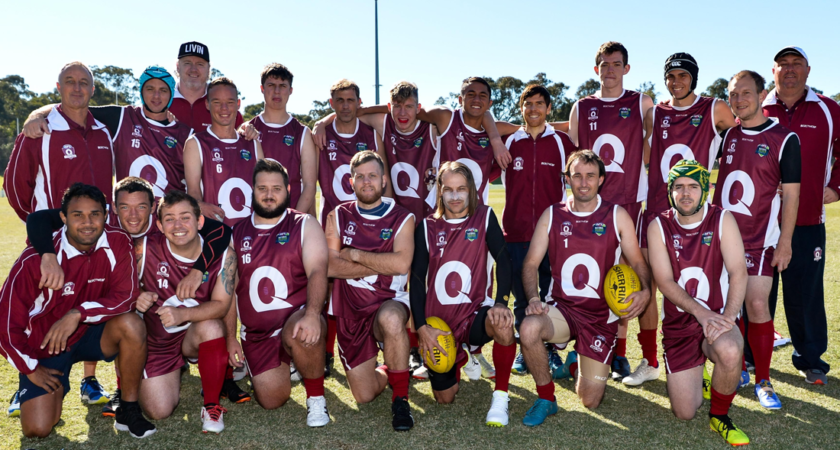 The 2019 AFL Inclusion All-Australian squad will travel to Brisbane this week to take part in two demonstration matches as a showcase sport at the 2019 INAS Global Games.

The respective squad of 26 men is made up of the top footballers from across the country who best displayed the AFL Value’s in the 2019 AFL Inclusion Carnival held in Blacktown earlier this year.

The All-Australian Inclusion squad will be divided into two teams of 13 and play against each other in two feature matches as part of the INAS Global Games which will provide them with an opportunity to showcase their talent on a global stage.

Held every four years, the INAS Global Games is the largest sporting event for elite athletes with intellectual disability, with more than 1000 athletes from across the world set to take part in the event this year.

The AFL Inclusion All-Australian squad’s participation in the INAS Global Games marks the first time Australian Football will be featured at the international event.

In addition to the two feature games, participants will take part in a five-day All-Australian Camp which will provide the most talented footballers with an intellectual disability the opportunity to develop their skills both on and off the field.

The first All-Australian feature match will be held at Leyshon Park, Yeronga on Sunday October 13 at 4pm, followed by the second game on Monday October 14 at 2pm.

See below a list of the 2019 AFL Inclusion All-Australian squad:

A lifetime love of Aussie Rules has seen Yeronga South Brisbane legend John Corless, receive a Medal of the Order of Australia (OAM) today for his service to... [more]

Please find information relating to the 2021 Level 2 Coaching Courses for the South East Corner. Please feel free to share through your networks.   ... [more]