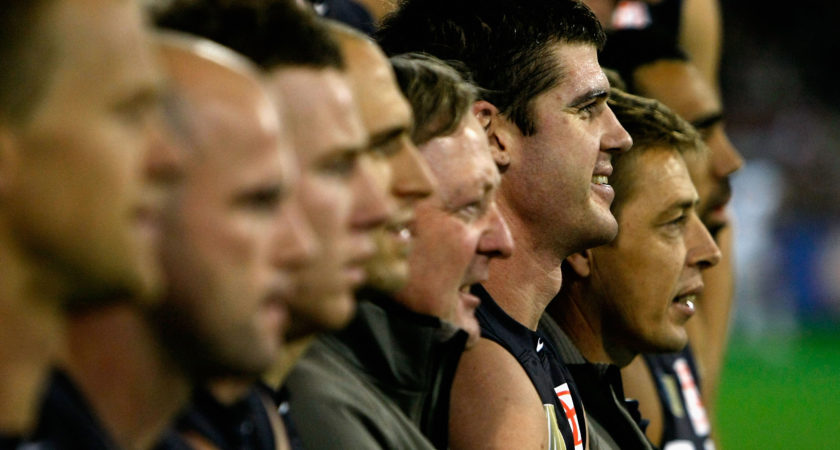 THE AFL has announced a landmark State of Origin match to raise funds for the Australian bushfire disaster in addition to a monster donation to support relief efforts.

Victoria will play an All Stars line-up on Friday February 28, with money raised to boost a Community Relief Fund set-up by the AFL to help rebuild football facilities ripped apart by the national crisis.

Richmond premiership coach Damien Hardwick will lead the Victorians and Sydney counterpart John Longmire will coach the All Stars in the match to be staged at Marvel Stadium.

A total of $1m will provide immediate emergency assistance through the Australian Red Cross Disaster Relief and Recovery fund. An additional $1.5m will kickstart the Community Relief Fund for grassroots facilities.

The match – to be played during the second weekend of the pre-season Marsh Community Series – will see players selected in a process still to be determined.

There will be a maximum of three players per AFL club eligible to take part in the match to ensure minimal disruption to club’s pre-season plans just 20 days before round one.

Essendon’s trip to face West Coast at Lathlain Park in the Marsh Series – also fixtured for February 28 – has been moved to the day before.

The AFLW match between Collingwood and Melbourne scheduled for Friday February 28 at Victoria Park will now be played at Marvel Stadium to create a double header.

It is the first game of its kind since the 2008 Hall of Fame Tribute Match that saw Victoria beat the Dream Team by 17 points in front of a 69,294 fans at the MCG.

The match will be broadcast on Channel Seven, Fox Footy, the AFL Live Official App, Kayo and various radio partners.

League chief executive Gillon McLachlan said he was blown away by the reaction to the cause.

“Our industry is heartbroken by the devastation that the fires are causing around the country and our clubs and players have suggested a number of initiatives where we can support affected communities in the short and longer term as they deal with the aftermath of these fires, he said.

“A game of footy can’t change what has happened but it is a way for all of our clubs, our players and our fans to acknowledge the incredible sacrifice that so many have made in battling the fires and to support those communities that have been impacted by the bushfires.”

“We know that those communities are suffering now but they are also going to need our support as they start to rebuild. Sport builds bonds within communities and we want people to know they have the support of the entire football industry and that we will be there to help them rebuild facilities and programs and ensure people continue to come together.

“The State of Origin game will help raise further funds to support that ongoing rebuild.

“I want to thank our players and clubs for their commitment to doing something substantial that raises money and clearly demonstrates the support to the local football communities of those areas impacted.

“Our clubs and our AFL and AFLW players are also working on a number of other initiatives to raise money and to support those communities in need and we will continue to work with them over the coming weeks and months to continue to coordinate our efforts.

“On behalf of the AFL community, I also want to thank firefighters, members of the have given up their time – and in some cases their lives – to protect others. We are grateful for what you have done for our community.”

Geelong superstar and AFLPA president Patrick Dangerfield said the players were all behind the cause.

“We’re committed to putting on a great event for fans and hopefully raise a significant amount of money.

“In addition to committing to this match, we’re proud to be able to make a $250,000 donation on behalf of all male and female players, which will be split amongst various charities to support those affected.”

QAFLW Transfer Centre: Who's coming and going in 2020?
Senior Pre Seasons Underway Across the Downs