Sean tells everyone to ‘have a go’ 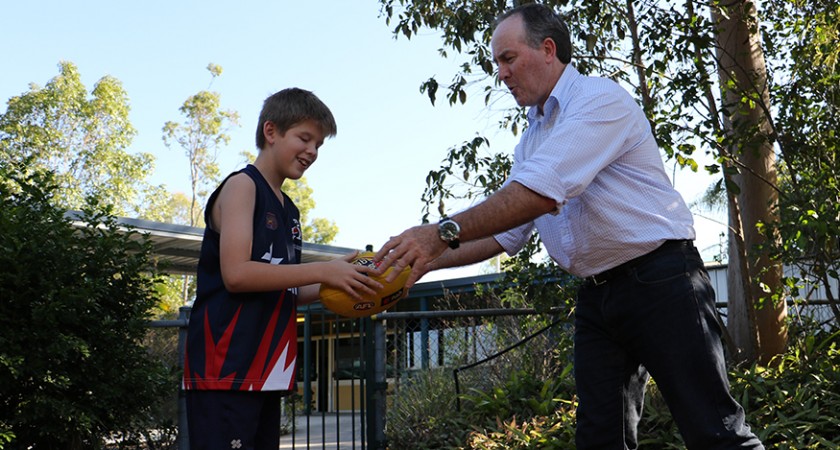 Those are the words of Sean Kendrick for anyone with a disability interested in playing footy, and they couldn’t ring truer.

Sean, a Grade 5 student at Jamboree Heights State School was born blind, but that has never stopped him having a go, and certainly hasn’t stopped him playing footy.

It started with Auskick, but this year, transformed into playing in the Grade 5 school team.

While there are modified versions of the game for people with disabilities, Sean played alongside the rest of his schoolmates in the AFL Queensland Schools Cup West Akuna Primary School Competition.

Playing in a non-modified game presented it’s obvious challenges, but the best way around it was for Sean to be accompanied by a teacher like Mr. Mark Graham, the man behind the school football program.

“We had to work out how we were going to do that. We were happy for him to be a part of the team, and come along and help, but eventually it turned to him wanting to play on the field,” Graham said.

“We investigated a ball with a bell in it, but it was a pretty difficult concept, we looked at a plastic bag around the ball to make a bit of noise, but we thought it might be easier if we talk to the opposition players and umpire, and say that when it comes down, every now and then we are going to stop play and give Sean a kick.”

When the time came for Sean to play his first ever game of football, the nerves were understandably high.

“I was thinking okay this is scary, what’s going to happen, but I think I even scored a goal,” he said with a grin from ear to ear.

“In my head I was thinking that I’ll just listen to Thomas (a teammate), who was also in the forwards. I wasn’t that good at the start, but as I progressed through the season I got better.

“I was in a few tackles, and I got to kick the ball a few times which was great. 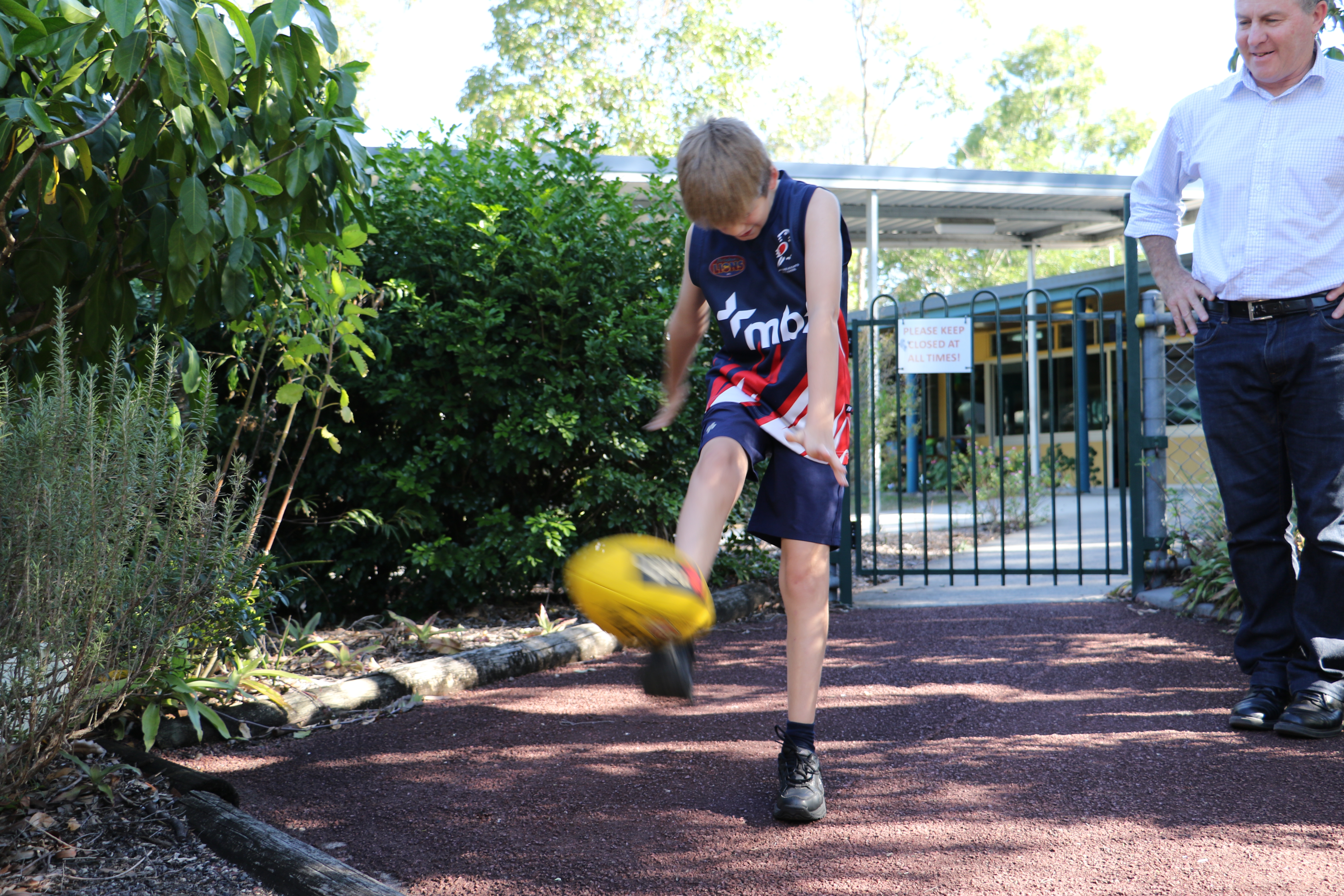 After that first game, the love only grew.

“I like how I can kick really high and kick really long. You can kick up, but you can also kick distance, so you can get over all the opposition players, so it’s very hard for them to mark it,” he said.

Throw out the results book; these games were more than a win or a loss.

“We are proud to include all the kids. We also had another girl who was vision impaired who played in the girls team, so we have quite a few kids with disabilities who are all a part of the team,” Graham said.

“It’s amazing how Sean got to know the players from the other schools, all the kids were really great.”

Despite everything he achieved on the field this year, I think Sean summed up what it is all about with one passing comment.

“I made a new friend, Fletcher, from Kenmore South. He is a good player,” he said.

It’s not just on the field Sean loves his footy. He loves listening to call of the games on ABC Grandstand.

With this season now run and won, Sean said he will be back in 2017, with the Grade 6 team, to have another go.