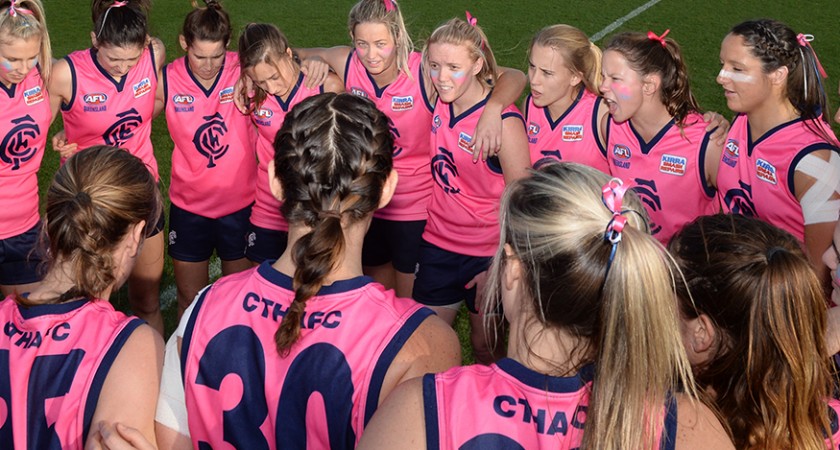 The Bluebirds will run out for their first game of the season with eight different players from their 2015 Grand Final side; the noticeable losses being Kate McCarthy and Beth Pinchin.

Despite loosing Pinchin to an ACL injury, Coolangatta will retain her knowledge and leadership, joining current QWAFL coach, Aaron Russell, as an assistant.

Some crucial off-season recruiting resulted in Hannah Sexton and Selina Goodman joining the side, along with inclusion of some talented youth girls players.

Coolangatta must make an impact early and prove why they are top premiership contenders, which I’m confident they will do.

However, keep in mind that with significant ‘ins and outs’, it will take time for the new and current players to gel and find fluency.

Round 4 is a must watch when Coolangatta take on Yeronga. It’s set to be a fast paced contest, where a true premiership favourite will start to emerge.

Clarke has a massive future in AFL Football. With two years remaining to compete at Under 18 Queensland Youth Girls level, the permanent change to QWAFL is definitely going to enhance her game. Clarke kicks off her QWAFL 2016 season one week after her noticeable performance for the Gold Coast SUNS in the Women’s Exhibition Match at the Gabba. She has the poise and composure needed to be future leader, especially at Coolangatta. She will add intensity to contests because of her tenacity to win the ball on the ground and in the air. Watch out for Clarke this year, it will be her chance to show the QWAFL what she’s capable of.

Who are the top 3 players to watch in your team?

What 2 teams be playing in the 2016 QWAFL Grand Final?