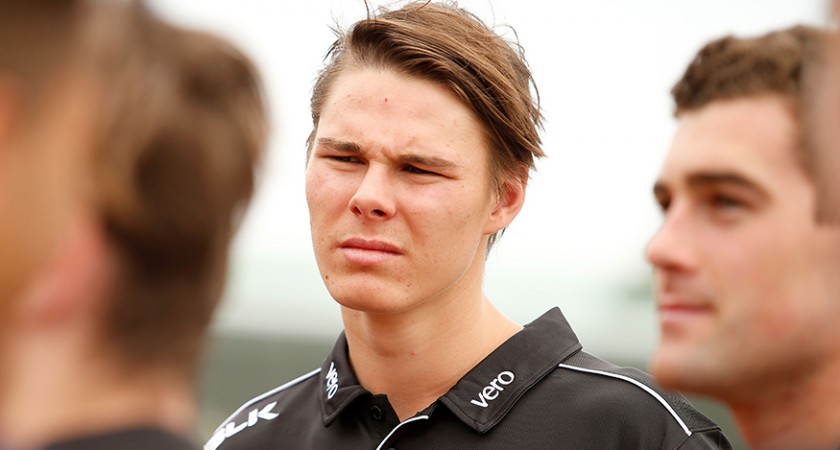 There were 11 Queenslanders drafted for the first time in 2015. There were 11 different stories of how they got there.

The draft class of 2015 proved just how many options and pathways are available to Queensland players, from NAB AFL Auskick right through to the NEAFL.

Whether it was through following the traditional route from a young age, picking up the game in the last handful of years, or continuing to pursue their dreams after being overlooked in their 18th year, each road travelled by the 2015 draftees was different.

Let’s have a look at a few examples:

AFL Academies Manager ACT/NSW/QLD, Mark Browning praised the uniqueness of the Queensland system, and the opportunities it presents to its players.

“Where else in Australia, if you don’t get drafted, can you stay in the Academy as a 19 year old, can you play state footy, can you play in a competition where you play in four states and territories, against four AFL clubs?” Browning said.

“The big message for me is that if you are 18 or 19 years old and you don’t get picked up, you don’t need to go off to South Australia or Western Australia. You are going to get a development pathway that’s equal if not better than any other.”

He said the system now allows for players to continue to be looked at once they are past their original draft year.

“A few years ago, we put all the things in place around the NEAFL, QAFL and all the community leagues so that they are competitions where players can still develop,” Browning said.

“A lot of the other states’ systems are self generated. We are probably getting a structure now that is going to self generate a bit. The Academy provides the development for them.”

But the development doesn’t just happen in the last few years before a player is drafted; he said “it begins as soon as they start playing.”

Despite all the differences in their journeys to this point, Browning highlighted the one similarity they all share.

“The thing that is really refreshing here, and has always been, is that people have only got the best interests of the kid at heart,” he said.

“Yeronga would have loved to have Mabior playing for them all year, but Chris Ryan was the one who pushing for him, telling him that he needs to go to Aspley and pushing him further.

“For me, they love the fact that they have had their hands on them, but they are also happy to see them move on to the next level.”